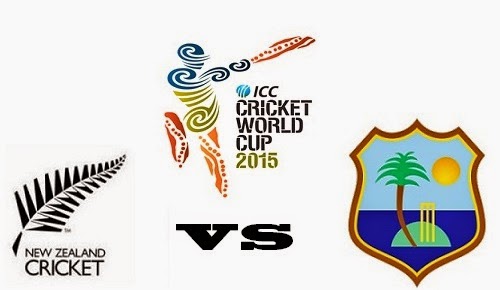 Three teams through to semi finals. Only one place left in semi’s. Who will going to hold the place. New Zealand play against West indies in the 4th quarter. Here the preview and prediction of the match.

New Zealand win all the six league matches. Gain 12 points and take the top spot in the pool A table. They beat Sri Lanka in the world cup opener match. They defeat England in big margin in terms of remaining balls. Afghanistan, Scotland was not a big threat to new Zealand. They play very close match against Australia and won by 1 wicket. In their last league match they beat Bangladesh by 3 wickets.

New Zealand seems to most favorite team in the tournament. They don’t disappoint the audience they play  wonderful cricket so far. They play extraordinary cricket in all departments. They bats well, bowls well, fields well. They play all six games in the home. Quarter final is also taken place in home. If they through to semi’s it also going to held in New Zealand. So it will be a huge advantage for them.

Brendon McCullum is playing outstanding cricket with no respect to the bowlers. Scored fastest fifty in word cup and striking rate

with over 150 in the tournament. Trent boult and Tim Southee swins the ball very well. They are big threat to the opponents.

West Indies face a shocker in their opening game against Ireland. Ireland chase 300+ score against West Indies. They comeback very well against Pakistan beating them by huge margin. They play inconsistent cricket losing against South Africa in their next league match and lost to India in a close match. They beat Zimbabwe and United Arab Emirates to enter the quarter finals.

West Indies plays inconsistent cricket through out this tournament. They face ups and downs regularly. Still they don’t show their best cricket. They have lot of all rounder’s, power hitters, game changers but yet to show. It’s difficult to them face inform New Zealand in their home.  However they have potential to win the match. Lets wait and see what they’ve got.

Darren Sammy, Andre Russell gives all round performances for them. Jason Holder and Jerome Taylor good with ball. They all need to deliver in the quarters to get better result.