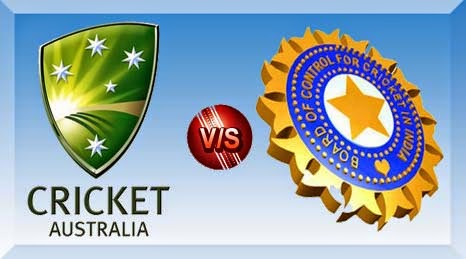 The host play magnificent cricket so far. They face one defeat against New Zealand in the league match. It was a very close match. After that they play dominating cricket to thrash the opponents. Australia has won all matches in home in this tournament. Their batting is extremely dangerous for the bowlers. Their bowling attack is going to be very hard to face for the opponents. They also have best fielders, they are a complete package.

David Warner is ready to explode at the top. Steve Smith, Shane Watson, Michael Clarke are in good touch in the middle order. Glenn Maxwell playing unbelievable cricket so far. He also ready to take the spinner role in the turning pitch. James Faulkner really dangerous with the bat at no.7.
Mitchell Starc, second highest wicket taker of the tournament threatens the batsmen’s with his fast Yorkers. He consistently bowl over 145kmph. Mitchell Johnson the famous bouncer expect to fire the bouncers with maximum speed. James Faulkner is also a crucial bowler. His variety of deliveries definitely confuse the batman.

The defending champions struggle lot before the world cup. Cricket experts don’t consider them as one of the favorites to win this world cup. Everyone predict that India won’t retain their title but what happen in the tournament is completely nightmare for the predictors. India never lost a single game in the tournament (7 matches). Their bowling attack is exceptionally well, bowl out all the opponents in the tournament so far. Their batting lineup is very composed and calm. They are fully ready for the upcoming challenge.

Rohit Sharma, who hit magnificent century at MCG against Bangladesh in the quarter finals having the great record against Australia. Another opener Shikhar Dhawan also in a good touch. Virat Kohli not been in a consistant form in the tournament expect to fire in the semi’s. Suresh Raina and  Ajinkya Rahane gives a hope in the middle order.
Mohammed Shami impressed everyone with ball in the tournament. Mohit Sharma and Umesh Yadav bowl in nice lengths. Three og them having the ability to bowl 140kmph consistently. Ashwin and Ravindra Jadeja spin combination works well for India in the tournament.

Both the teams previously met in 2011 world cup quarter finals. India won the match to knockout the Australia and end their world cup winning streak.

One thought on “Australia vs India | Semi-final 2 | Match Preview |”